Conductor sings in his own concert

John Hobbs has been conducting South Devon Choir since 2007 and during that time the choir hears his rich baritone voice on a very regular basis.  There is nothing like hearing a difficult piece of music sung correctly for cementing it into the brain.

At this concert our audience will have the opportunity to hear John’s wonderful voice as he sings a tenor and baritone duet with Arthur Swan.  You can look forward to hearing the wonderful Au Fond du Temple Saint from The Pearl Fishers by Bizet.

John Hobbs has enjoyed a wide and varied singing career but most recently he has sung the role of Germont in Verdi’s La Traviata, in 2017, with both Cheryl Brendish and Arthur Swan; and Falstaff in Nicolai’s Merry Wives of Windsor, in 2018, with Arthur. Both performances were with the Duchy Opera Company.

John is understudying the roles of Macbeth and Banquo in the same Company’s current production of Verdi’s Macbeth. On Palm Sunday 2019, he sang the Bass arias and supporting characters (Judas, Peter, High Priest and Pilate) in the Plymouth Philharmonic Choir’s performance of Bach’s St Matthew Passion.

Future performances include an operatic recital, with Arthur, for the Friends of Duchy Opera, in Newquay; and an open-air programme of operatic scenes, with Cheryl and her new company, Intimate Opera, at Trevince; both in June; and also the bass solos in Mozart’s Requiem, in Buckfast Abbey, in September.  All this in addition to being Musical Director of the Bude Choral Society, North Devon Choral Society and the South Devon Choir.

Tickets for the concert are available online, from choir  members and on the door, priced at £12 (Students 19 and under are free of charge). The concert takes place on Saturday 6 July 2019, doors open at 7.00pm and the concert starts at 7.30pm. 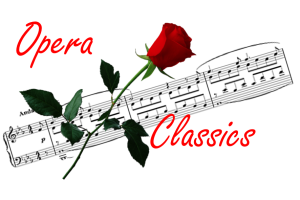 This site uses Akismet to reduce spam. Learn how your comment data is processed.

Come and find us